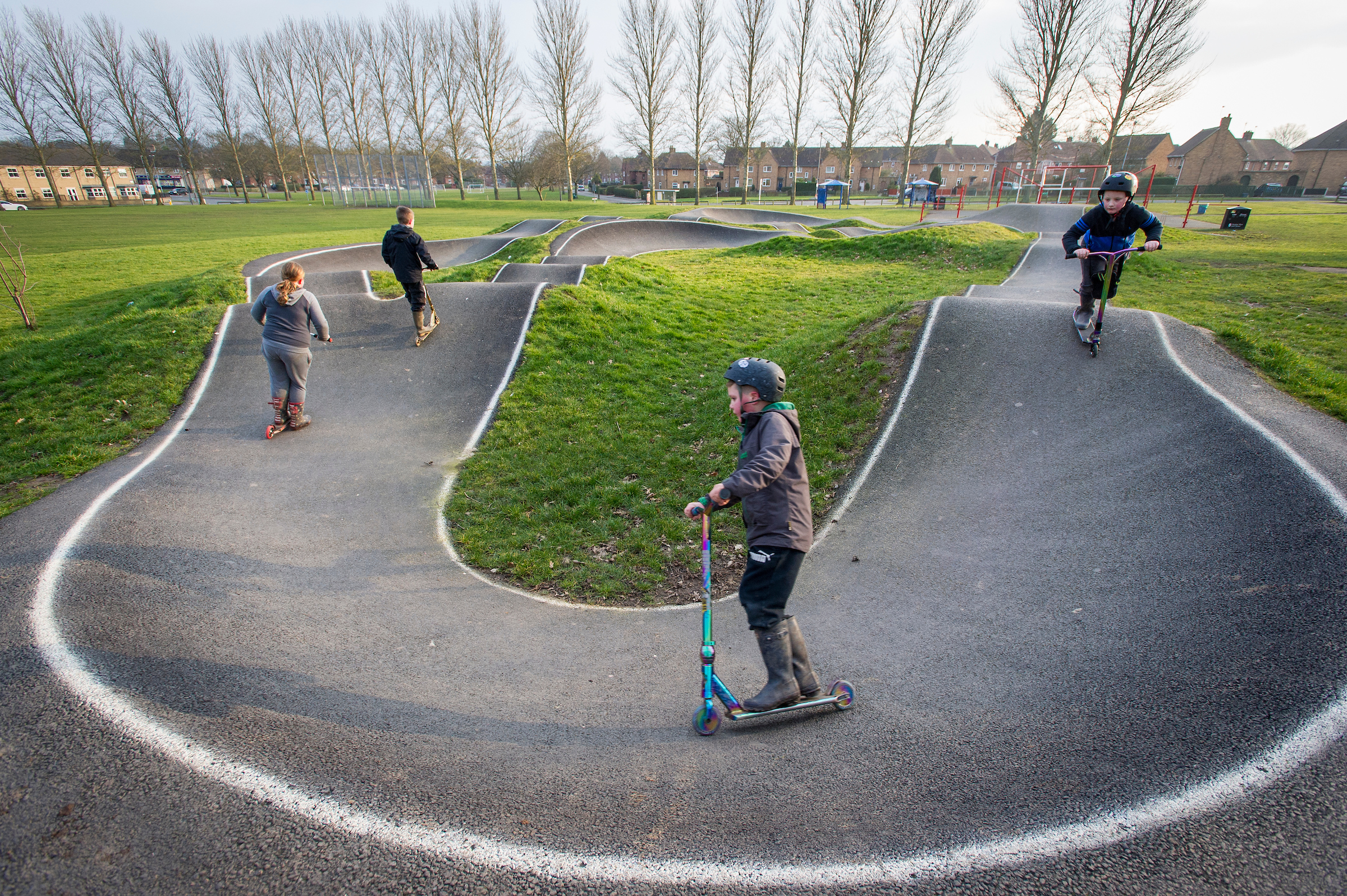 Blacon’s new pump track is set to open later this summer after work began in earnest on the community attraction.

Biking, skateboard and rollerblading enthusiasts will soon be able to try out their skills and tricks at the facility, which is being built on land in front of Blacon Adventure Playground.

Blacon Councillors and Avenue Services, who are funding the track, undertook a consultation earlier this year and the plans received a hugely positive response from the public.

Local schools were consulted and pupils from JH Godwin Primary School even wrote letters to local councillor Carol Gahan in support of its construction, saying it would help to keep them healthy, fit and active.

Students from the technical design department at Blacon High School have also been involved during the design process. Graphic design students Bradley Broadbent and Bayleigh Broadbent met with Clark and Kent Contractors, whose projects include the BMX track for the London 2012 Olympics, to ensure the track is accessible for beginners to experts.

The Adventure Playground was one of 11 Cheshire West and Chester Council community assets officially transferred on a long-term lease to Avenue Services last year as part of a move to ensure residents have a say in future ideas for the sites.

Paul Knight, Head of Avenue Services, said: “The new track promises to be an important addition to Blacon and it further underlines our commitment to investing in the community.

“I am sure it will be well received and provide local people with plenty of enjoyment.”

Councillor Gahan commented: “This is such an exciting project for the Blacon community and, having spoken to local young people during the consultation process, I know it will be hugely popular.”