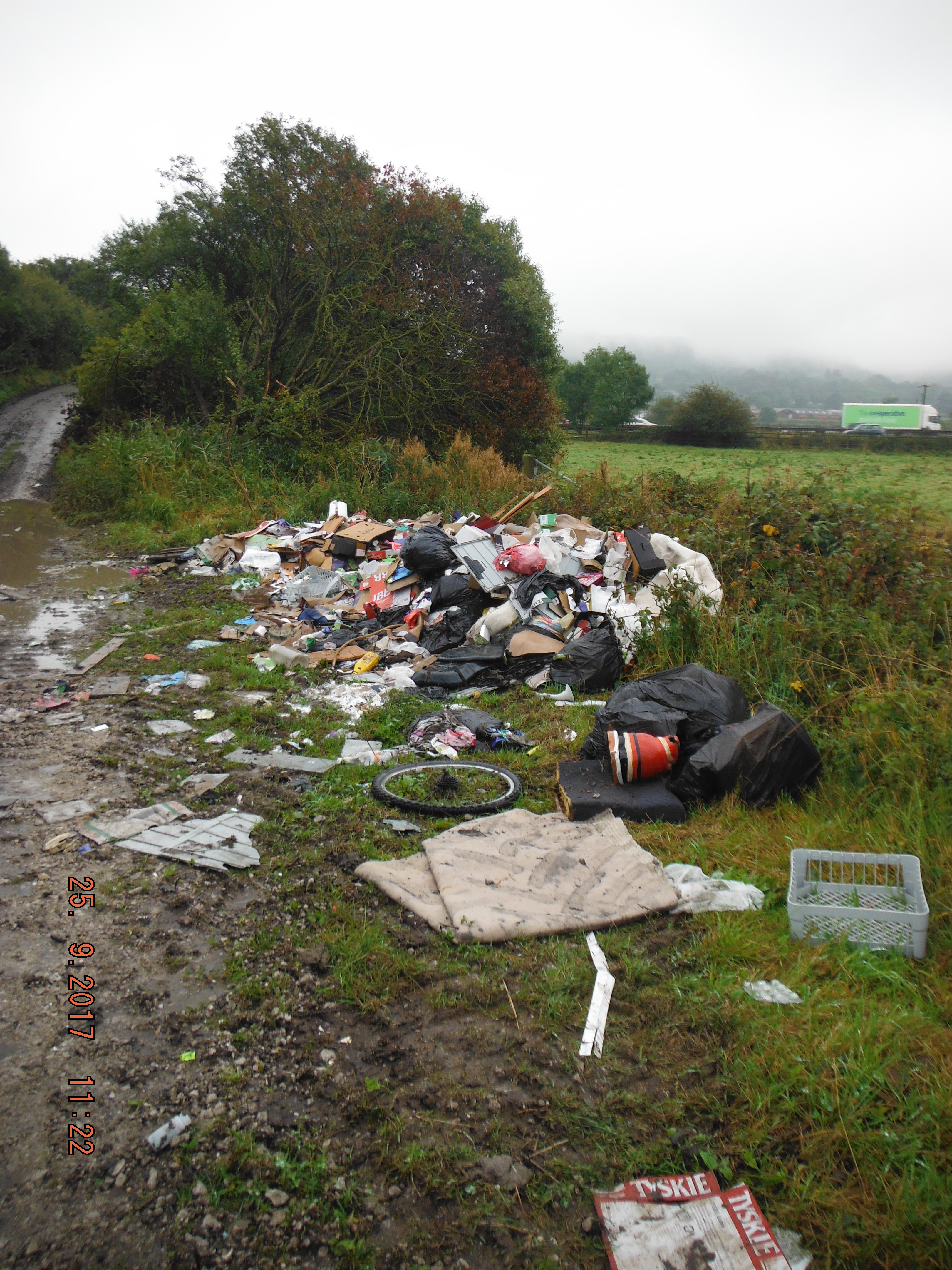 A Manchester man has been ordered to pay a total of £2,683 after being prosecuted for fly-tipping by Cheshire West and Chester Council.

Farhad Abdulla (40), of Malina Mini Market, 146 Bolton Road, Walkden, Worsley pleaded guilty to fly-tipping a large pile of business waste at Hares Lane in Frodsham around 18 September 2017.
The Council’s Regulatory Services team undertook a lengthy investigation to establish who was responsible. The waste was eventually traced to Mr Abdulla’s business.

The defendant maintained that he did not deposit the waste himself, as it was done by a third party. On the morning of the trial, he entered a guilty plea to the offence of fly-tipping contrary to Section 33 of the Environmental Protection Act 1990 on the basis that he should have prevented the third party from dumping the waste.

Chester Magistrates’ Court imposed fines and costs totalling £2,683. Mr Abdulla received a fine of £1,530 for the fly-tipping offence and was also ordered to pay costs of £1,000 and a victim surcharge of £153.

As well as the environmental impact it costs the Council around £600,000 a year to clear litter and fly-tipped waste in the Northwich, Ellesmere Port and Chester areas.

The Council’s Cabinet Member for Environment, Councillor Karen Shore said: “Following previous successful prosecutions, this case will hopefully act as a deterrent to potential offenders and make them think twice before fly-tipping waste. In some cases offenders can be sent to the Crown Court, where the penalty is up to five years imprisonment.

“It is rare that we cannot trace fly tipped waste, and those inclined to fly tip should expect a knock on the door.

“Please help us tackle this problem and report inconsiderate fly-tippers, who still think they can dispose of rubbish wherever they want causing problems for residents and draining Council services.”
If you discover illegal tipping of waste or see it being tipped, support the Council’s Love Your Streets campaign and report it 24 hours a day on the Council’s website (search ’fly-tipping’), on the Your Streets website (www.westcheshireyourstreets.co.uk/), via Twitter (@Go_Cheshirewest), or in person at any of the Council’s Customer Service Centres.