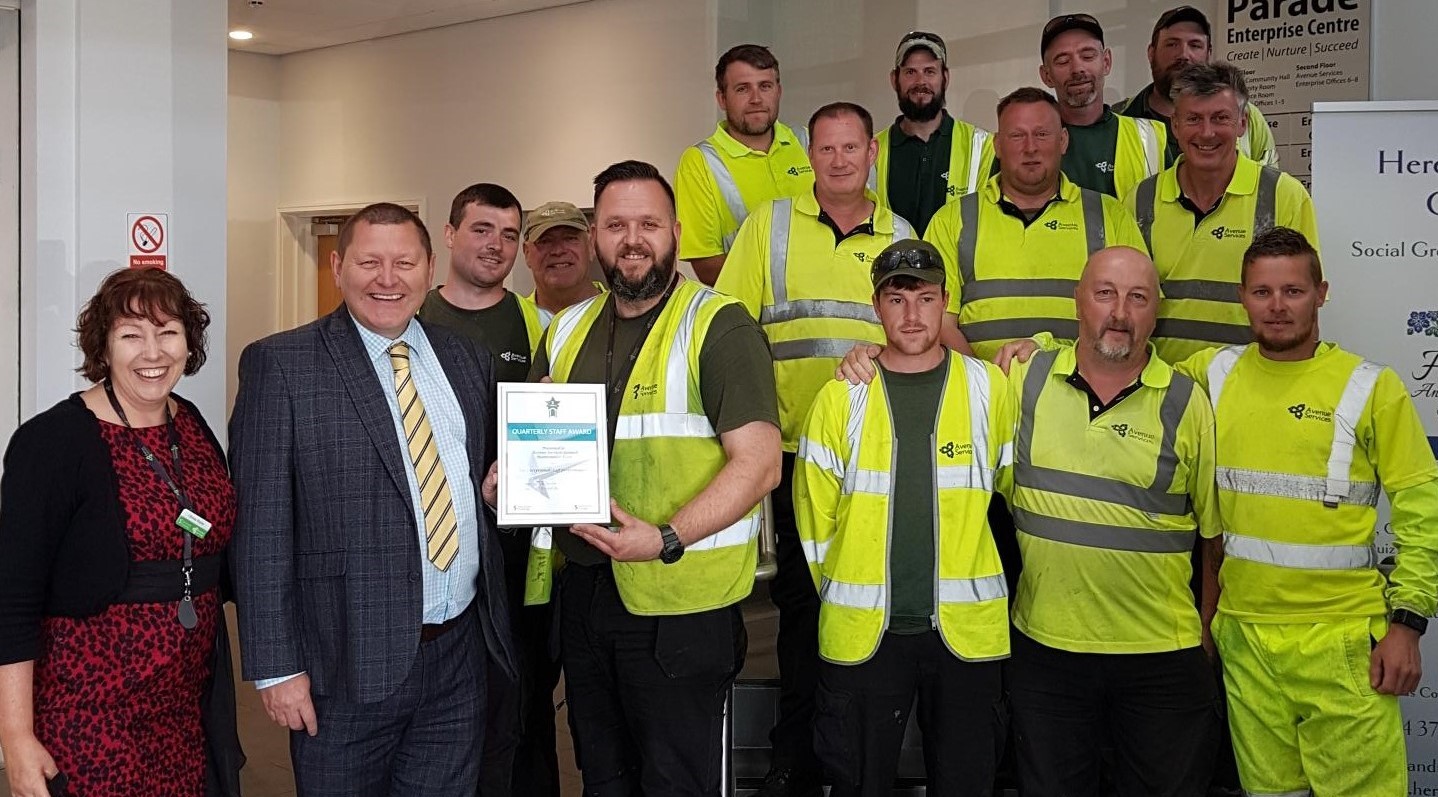 The efforts of Avenue Services’ grounds maintenance team have been recognised with a staff award.

Members of the team were named joint winners in the Housing in England awards scheme run by Sanctuary Group.

The quarterly award scheme recognises exceptional performance, where staff have made an outstanding contribution, demonstrated a ‘can do’ attitude or gone above and beyond the normal expectations of their role.

The team’s success recognises the high number of compliments received for its work in Blacon, including one from a resident who said the estate had not looked so good in 50 years.

“We’re very proud of their efforts and delighted they have been recognised with this award.”

Avenue Services, which is a not-for-profit organisation, is a joint venture between Sanctuary Group and Cheshire West and Chester Council.