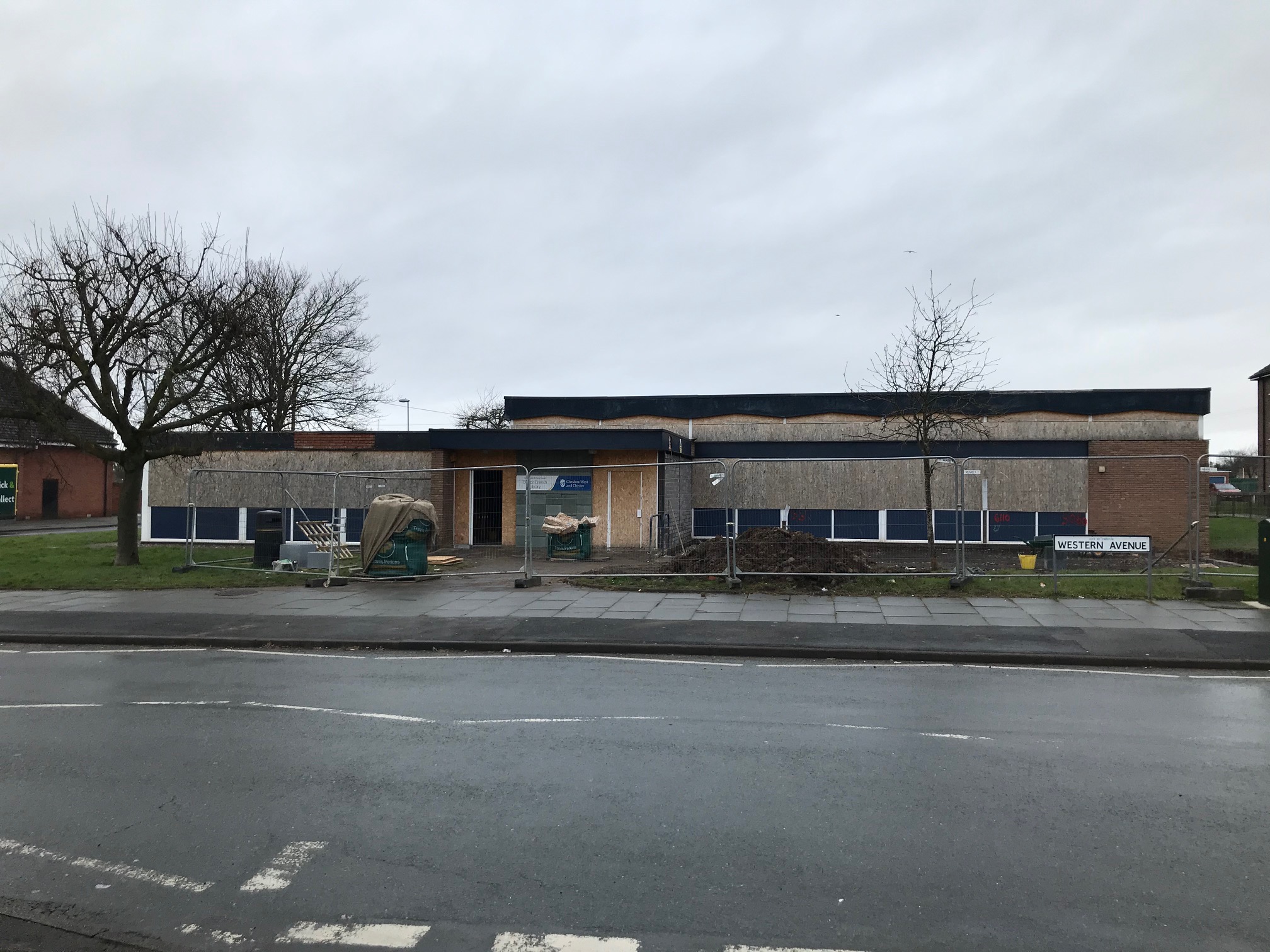 The sale of the former Blacon Library building in Western Avenue has now been completed, with the site set to be converted into an exciting new retail offering for Blacon.

Cheshire West and Chester Council and Avenue Services agreed to sell the building and invest proceeds from the sale back into the Blacon community following a public consultation in 2018.

Planning permission is in place to convert the former library site into a 419 square metre convenience store, which will be occupied by discount food retailer Heron Foods. The permission also allows up to three further smaller units with flexible uses to be developed.

Paul Knight, Head of Avenue Services, said: “The former library building had become expensive to maintain and required significant investment to bring back into safe use.

“The sale will bring welcome new facilities to the area, create new jobs for our residents and allow for investment directly back into the local community, helping us to make Blacon an even better place to live.”

Cllr Carol Gahan, Cabinet Member for Finance and Blacon ward member at Cheshire West and Chester Council, added: “This is a great outcome and really positive news for Blacon.

“At a time when budgets are under pressure, disposal of the asset with the opportunity to reinvest the proceeds for the community was the right decision to make. The sale means that Blacon will now be served by new shops right in the heart of the community, which will create jobs and give the local economy a much-needed boost.

“The proceeds from the sale of the building will be used to fund initiatives within the community which should benefit residents for years to come.”

A spokesperson for Heron Foods commented: ‘We’re thrilled to be opening a new store in Blacon and look forward to welcoming customers through the doors later this year.”